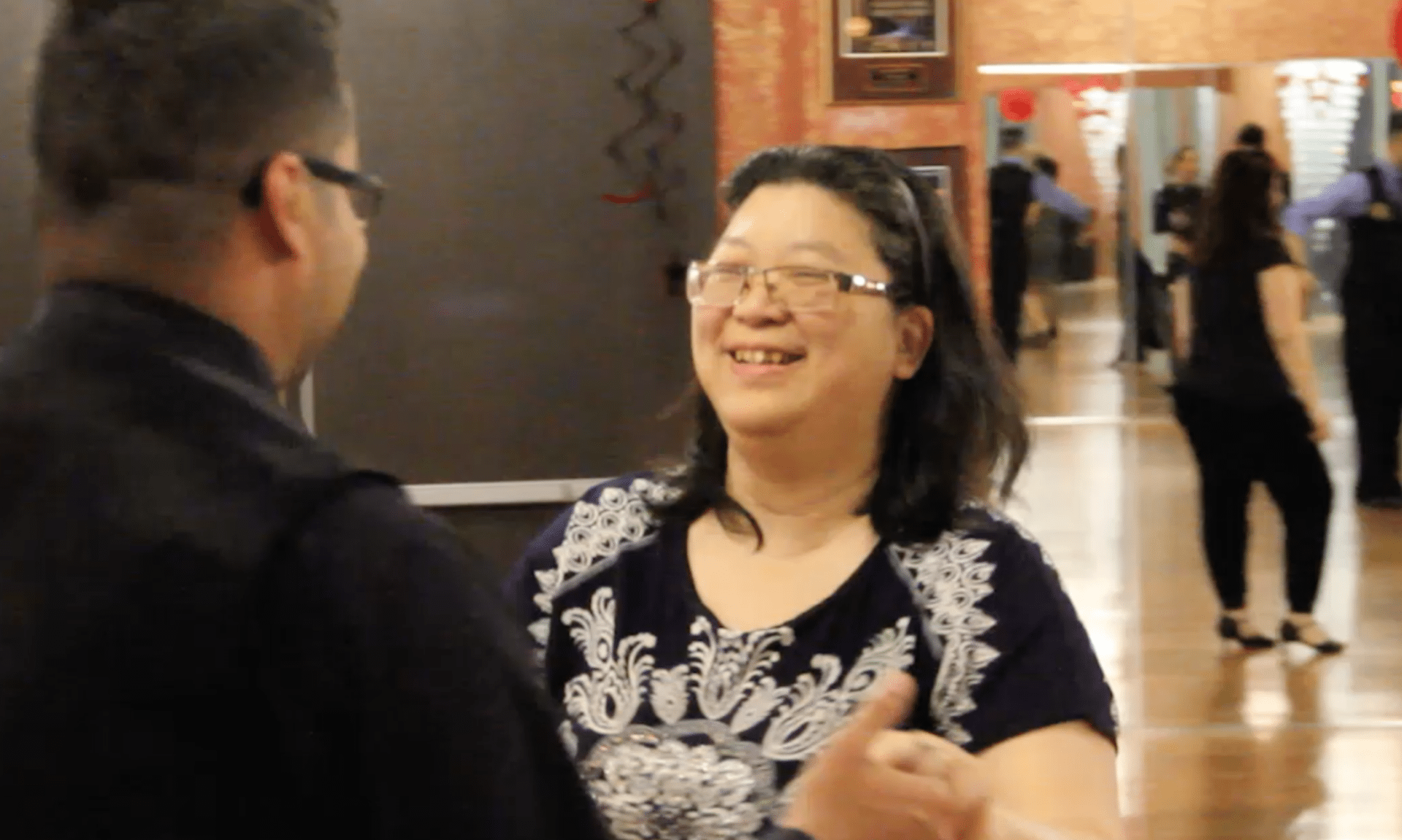 I THOUGHT I LOST EVERYTHING, BUT DANCE HELPED.

Sometimes we are faced with circumstances that can make us feel as though the world isn’t on our side. Those rotten days where nothing seems to be going right, or those moments you just want to hide under your covers- they’re all a part of life.

We might find ourselves feeling helpless, lost, and in search of a solution.

Unfortunately, our Dance With Me: Fort Lee student, Margaret, was very familiar with some of these emotions when she found herself facing serious health complications that compromised her physical abilities.

Frustrated with her powerlessness, Margaret needed something to help. Something that could make her feel like herself again, when she felt she was losing a grasp on all that was unfolding around her. 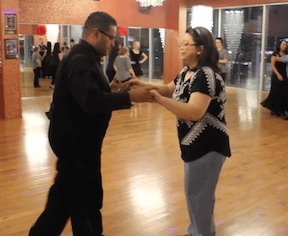 In 2003, Margaret had a brain aneurism that left her in a 10-day coma and that had her loved ones preparing for the worst. Margaret was lucky to survive, but once she awoke, she had many new obstacles to adjust to. The right side of her body was paralyzed and she was no longer able to perform the basic daily tasks that we seem to do without thought. Margaret had to re-learn how to walk, talk, write, and feed herself again. In the midst of her health scare, Margaret was also worried about caring for her children, who were very young at the time. Her son Matthew is autistic, so she was extra worried about being attentive to his needs, in addition to her own. All she wanted was to restore the physical abilities she always had, so she could live her life and care for her family to her fullest extent. Drowning in these new, personal battles naturally made Margaret feel defeated. She was making some slow and steady progress, but things weren’t the same.

Then something happened. After some lucky scrolling on Facebook, Margaret stumbled upon an ad for Dance With Me dance studios. It sparked an interest, but was dance even an option?

According to Margaret’s neurologist, the answer is “YES!” After encouraging her, he said dance would get Margaret moving physically, and the ability to control how much energy her body was exerting would assure that she wasn’t taking on something too strenuous. Perhaps it had something to do with the recently study that dance increases neuroplasticity and cognitive acuity, discovered by Albert Einstein College of Medicine and published in New England Journal of Medicine.

Her neurologist was right.

A few dance lessons and Margaret was already showing signs of improvement! Dance took on a role of physical therapy and rehabilitation in her life. It helped strengthen her neurological connections and awaken muscles that previously prevented her from being able to simply stand up on her own. The consistent movement and coordination gradually worked its magic, and played a big role in getting Margaret to the point where she could even run again.

What once seemed like an unattainable idea for Margaret finally became a reality! All due to dance. Pretty amazing. We couldn’t believe it either.

Margaret’s story makes us think back to Dance With Me student Carol Germinario, who originally used dance as an emotional outlet, but after three surgeries also benefited from it for rehabilitation purposes.

There’s more. Margaret was regaining feeling and sensation she has previously lost in her legs and face.  She felt her body regain its strength and shed the tired and draining energies that it was formerly overpowered by.

And a personal victory: Margaret was finally able to walk down the two steps to her dining room without holding on to anything! A little everyday battle that she proudly overcame.

This progress came as a surprise to Margaret and those around her. Her family was in shock that dance could do so much to help her BE HER again. 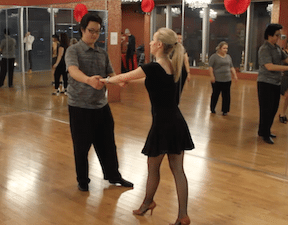 Dance even became an escape for Margaret’s son Matthew. As an autistic kid, Matthew struggled with a few obstacles of his own, but found a great joy in dancing. Margaret credited our “lovely, patient, and nice instructors” with personalizing each lesson to appeal to both mother and son’s individual abilities and needs. And most importantly, they were enjoying themselves and having fun!

I LOVE IT. I REALLY LOVE IT.

Dance has countless benefits to each of our daily lives, so it’s beautiful to see how drastically it was able to change Margaret’s, for the better. Her story inspires us to realize that we’re all strong enough to face our personal battles, head-on. Maybe you’re struggling with a little extra weight, or you need a confidence boost? Whatever it may be,dance can help because it’s such a personal act that connects your body, mind, and soul. Relieve all three and take the time to allow your body to move and express itself. Challenge yourself to really listen to it. Margaret was brave enough to take a chance. She trusted that dance could help her, and it did. It could help you too.

Stories like this make us step back and appreciate all that we have. We’re so proud of Margaret’s progress and are excited to see what lies ahead for her!

What do you think about Margaret’s story? Tell us below.