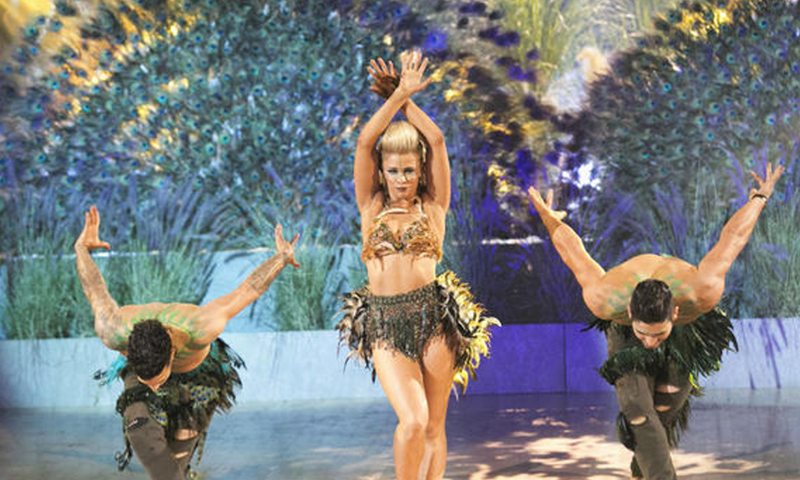 THE HOME STRETCH TO THE FINALS

There was one goal, and one goal only.

The semi-finals had us anticipating which of our favorite stars would see next week’s finale stage. With each pair fighting for their shot, it was a night for the books.

All that determination led to some of the best dances we’ve seen on this season, so far. Each pair delivered a trio dance, on top of the usual duo dances that we know and love.

So who made it to the Dancing With the Stars: Season 22 Finale?! Read this week’s Dancing With The Stars Highlights to find out…

MAJOR shoutout to Val repping the #DWMfam out there. We’re so excited to announce that he and Ginger made it to the finale! I mean come on…that super hot Paso Doble, with Artem’s help, speaks for itself. Ginger has grown into the most beautiful dancer and has earned her spot on that dance floor. Just look how strong, poised, and passionate she is with every step! Our girl “shot me the competition down”.

Folks, we’ve got anotha one. That’s right, Peta will also be repping us in the season finale, along with her mega-talented partner Nyle. From the very beginning, these two set out to redefine the way we all see dance. They’ve proved there are no limits to who can take part, and this week Nyle and Peta took that idea a step further by blindfolding Nyle so that all he could rely on was body language. Their fun and energetic trio jive shows Nyle stuck in a little bit of a mess when he’s caught two-timing his ladies. Did you see how they got their revenge?!

Last, but certainly not least, the ever-electric Paige and Mark will be joining next week’s finale. These two never seize to deliver amazing sets, sharp moves, and an overall great show. Paige has a natural dance ability that has helped her change the rules when it comes to being a girl. She may be a strong and fierce UFC fighter, but shows us that she can still be sexy. Who says you can’t have both?! Their trio samba left peacock feathers everywhere but it was not to miss! Later, their steamy tango pushed the limits a little with the “fatal attraction” these two brought. Bruno was so into it that he declared he would judge next week’s finale in a speedo if they didn’t make it. THANKFULLY we won’t have to witness that, because they did.

AS FOR THE DOUBLE ELIMINATION:

Wanyá and Lindsay didn’t make the cut, but left with perfect scores for both dances! These two have topped the scoreboard time and time again throughout the season. There’s no question Wanyá has grown into quite the dancer.

Antonio and Sharna were sent home as well. I think we can all agree Antonio made the biggest transformation of all the stars this season. Once this guy put his mind to it, we saw a completely new side to him. We’ll miss that smile.
It’s all been building up to the Dancing With the Stars:Season 22 Season Finale, next Monday on ABC at 8pm/7pm central. Tune in to find out who’s going home with that mirrorball trophy!

Did your favorite star make it to the Finale?

What was the best dance of the night? Let us know below!