Dance With Me (DWM) is an internationally recognized dance company home to Maks & Val Chmerkovskiy from Dancing With the Stars.

Whether you are a looking for a new hobby or take your skills to the next level, Dance With Me’s unique approach to personalized dance instruction ensures that your needs and desires are met every step of the way.

It’s not just about learning to dance, it’s about feeling healthier and happier, while expressing yourself and being part of an incredible community. 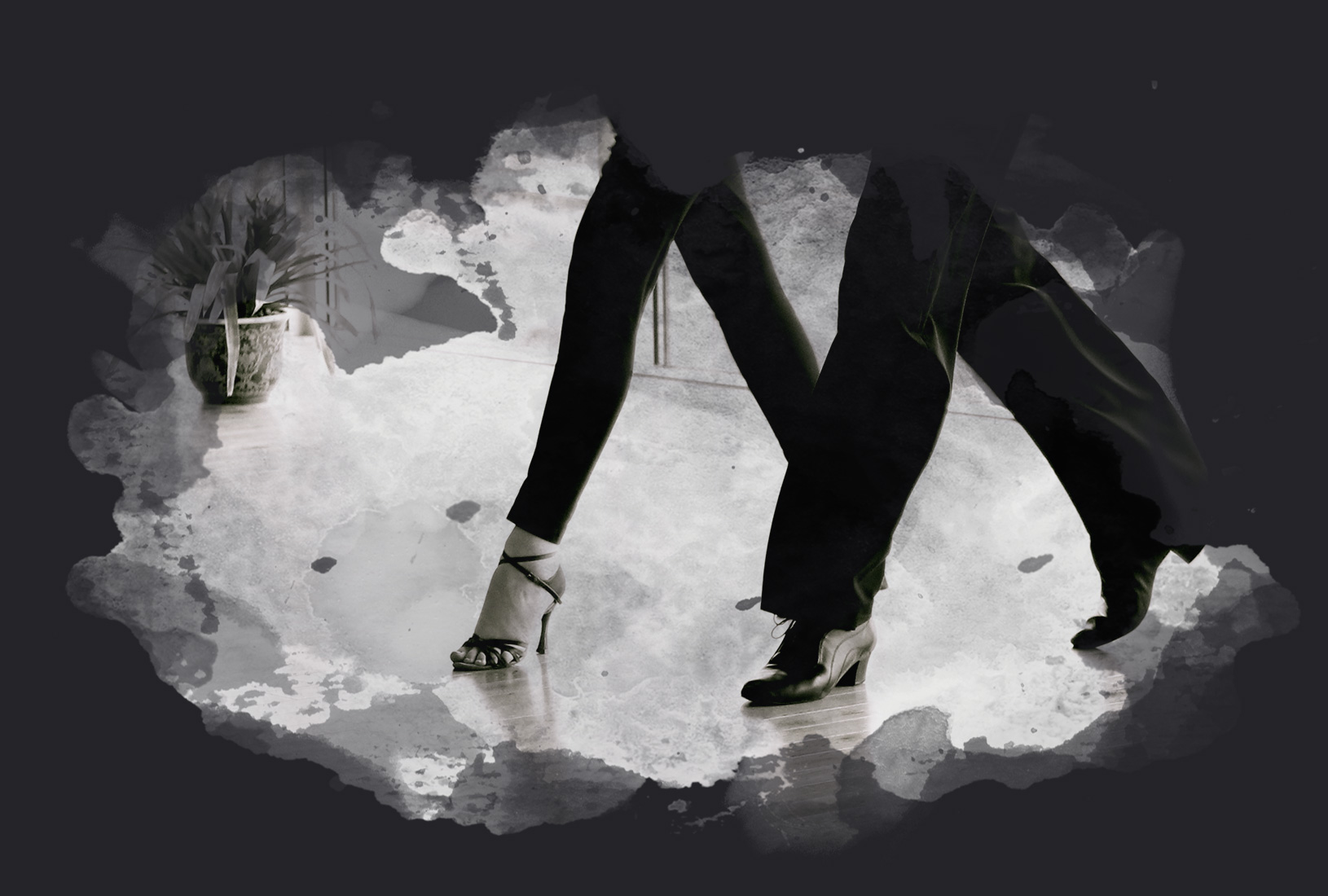 We offer private lessons, group classes, social parties, private/custom group classes, and a whole lot more. We specialize in all types of Ballroom and Latin Dances in both American and International styles but also offer hip hop, wedding dance instruction, contemporary, ballet, jazz and all styles of partner dancing.

Dance With Me’s mission is to make the world a healthier and happier place through dance. Our goal is to create the best dance experiences, while making learning to dance fun & easy.

Our students learn in the finest establishments that offer a comfortable, friendly environment ideal for learning and personal development. We ensure our students’ goals are met by tailoring each lesson to meet their specific needs and desires.

Our professional instructors train rigorously to provide the best dance instruction, together as a team, to ensure the student’s needs are first priority. We embrace social interaction and create memorable experiences – whether it’s inside our dance studios or at our spectacular events.

Copyright 2020 Dance With Me All Rights Reserved

close
photo
It is well-known within the DWM Family that if you had asked Maks at 4, “What do you want to be when you grow up?” He would have most likely said an Olympic swimmer or a soccer player. Sports and competition have always run deep in his blood. He is a born athlete. He has trained to be the best for as long he can remember because he understands that success is about hard work and dedication. Maks has always put his all into everything he pursues. Fortunately, he was focused on dancing and his hard work paid off. Today, Maks has grown into being a true gentleman, a renowned choreographer, successful business owner, and national TV celebrity on Dancing with the Stars, but his heart remains with DWM Studios and his family. When Maks was training, he couldn’t afford to go to a performing arts school. Where he grew up, training definitely could have been better, particularly in the management area, and as a result the inception of DWM Studios began. Maks  and his father wanted to create a great environment for kids to train: a studio where students like Maks could be respected, respect one another, and train for the love and passion of dance. It had to be a studio that was both inviting and welcoming and of course, it had to have the best dance instructors. Today, Dance With Me Studios remains a focus for Maks but one that he tries to keep very separate from his celebrity existence. Although his own career has led him to be a world-renowned dancer, DWM Studios is simply his home. The instructors and people who are part of the DWM Family are students he trained himself to become champions and who are as dedicated as him to the studios. So, if you see him here, you won’t find Maks from “Dancing with the Stars,” you will find Maks, a son, a brother, a dancer, and most fitting; an entrepreneur.

photo
Sasha is first and foremost a father. He has always been passionate and proud of his sons, but considers every member of Dance With Me part of his family. Very early on, he became passionate about the dancing industry. His passion evolved into a dedication to creating a unique dance studio environment. He has put his reputation and future on the line to create something that every person could love. Everyone who knows Sasha will agree that he can be quite demanding. He expects the best of himself and of those around him because he believes we determine our future. Change starts from within! This is why he demands that the DWM family provide the best and most professional dance instruction with the ultimate belief that client service is a cornerstone of his studio. His passion and desire to be the best remain a driving force behind the entire DWM Family. His ultimate vision is to grow the DWM Family across the nation. He believes that there are many like him who love the art of Ballroom Dancing and will appreciate a place where the heritage of dancing is presented in a beautiful ballroom with well-dressed men and women dancing and socializing together, enjoying a simple moment in time.

photo
Somah is a trained Indian Classical Dancer for over 20 years.  While her love of Classical dance can never die, she has found a new type of dance to obsess over; ballroom.  She started working at Dance With Me in 2010 and the rest is history.  Throughout her time at Dance With Me, she has worn many hats but has now settled as the financial controller of the company.  She looks forward to putting aside more time to learn international Latin dances and hopefully competing someday.

photo
Genesis Nadal  is a professional gamer, an avid reader, runner, reciter of popular rap songs, a corrector of grammar, and an enthusiastic eater and sleeper. As far as dance experience goes, she did ballet from ages 5 until 17; ballroom is a completely different world that she is extremely excited and happy to now be a part of.
photo
Bio coming soon!
photo
Music and dance became a passion for Leanne at a young age. Sparked by her mother’s early dance career and her father’s long-time work in bands, Leanne started performing with her dad and sisters before the age of 10. By 18, she was Director of Music and Arts for a large ministry while continuing to pursue her love of dance. In 2008, she moved to Nashville and discovered the joy of ballroom dancing. With intense training and quick progress under a 7-time world champion, Leanne decided to make dance her life pursuit. In early 2012, to advance her professional career, she moved to New York City to work and train with more of the top dancers in the world. She is certified in American Rhythm, American Smooth, and Latin, and competes in all styles. Leanne loves teaching and has a deep passion for people. It is her desire that every student, whether dancing competitively or socially, will gain more joy and pleasure than ever imagined from their ballroom dance experience.
photo
Born July 16, 1990, in Kiev, Ukraine, he began his journey as a Latin dancer at 8 years old. When he was 12, he won his first national championship in the Ukraine.  Ilia was only 15 years old when he was invited abroad to represent Poland and to study with top world teachers. Over the next few years he lived in various European countries such as England, Denmark, Italy, Hungary and Norway to train with top teachers and study Latin American dancing. His intense professional career led him to be very well recognized in the world of Latin dance. He has trained with world champions such as Bryan Watson, Carmen, Hans Galke, Lene and Colin James, Carolyn Smith and Graham Oswick, just to name a few.
photo
“There are shortcuts to happiness, and dancing is one of them.” This is a quote that ultimately describes Raphael Abel. ‘Ralph’ as he is affectionately called at the studio, began his love of dancing at the tender age of twelve. Like most kids, he was a little hesitant at first, but with a gentle push he discovered an inner passion that would stay with him for eternity. After finishing his degree in accounting and entering the New York City workforce, he realized that something was missing in his life. His whimsical attitude and personality was immediately a hit with the staff and the students at all of the Dance With Me studios. He smoothly dispenses all his knowledge and skill to everyone that crosses his path; building relationships, listening to others and keeping his hands in the mix at all times. Raphael is very excited about the opportunity to bring ballroom dancing to another level in Southlake!
photo
For the last 18 years, Joao Tiago Fernandes has been studying and developing his passion for dancing with some of the world’s top dance legends. He has competed throughout Europe and has won multiple National Championships. Tiago was a member of Dancing with the Stars in his native country of Portugal, and was a choreographer on So You Think You Can Dance! Sharing his knowledge of the fascinating world of ballroom dancing with his students is his biggest pleasure. Tiago lives by his own quote: “Just by breathing, you are filling up your body with music, embrace yourself and dance. Dancing is the most pure celebration of life!”