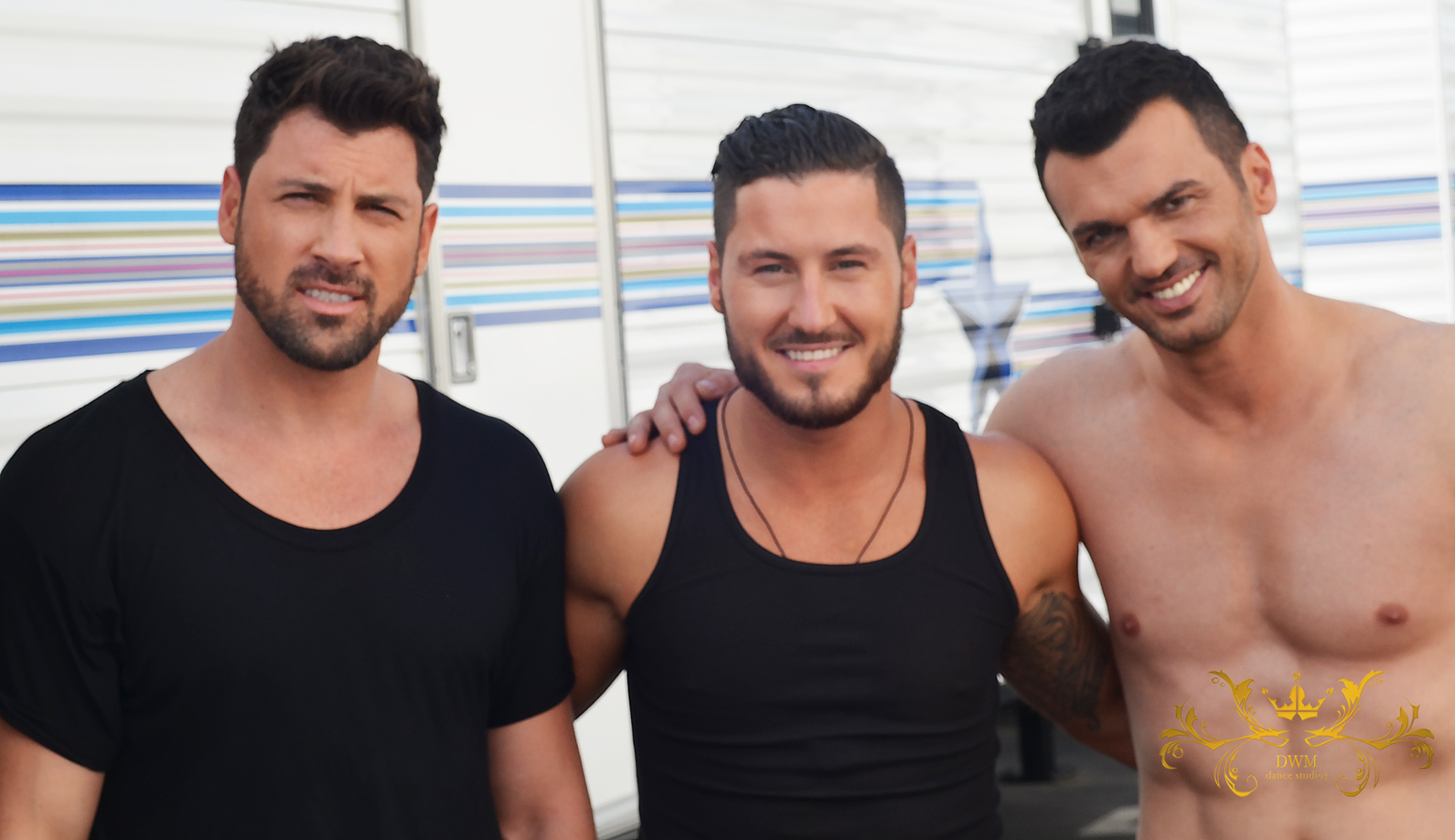 Dancing with the Stars season 18 is really heating up with a DOUBLE ELIMINATION already on week two! Don’t worry though…our boys (Maks, Tony, and Val) sailed through the elimination round to safety.

Danica and Val were the first couple of the Triple Trouble team to make their way to the stage for a sexy samba!

Things heated up in rehearsals this week when Val said, “I don’t think that we stood out amongst the competition the way I want you to stand out”.

Danica made the notion that she was happy with receiving a 24, but Val playfully said,“You’re a great actress.”

The pressure on, Val pushed Danica to the level a professional would be expected to perform which caused her to have a minor breakdown stating, “I need to figure out how to get it together, and not have such high expectations for myself so fast”.

Samba being one of the most difficult dances to pull of at such an early stage of the competition Danica and Val sambaed swiftly across the dance floor building the energy of the room with every movement.

Val caught up with us before the show and said, “I am challenging Danica with advanced international Latin choreography that I would dance with my professional partner. It’s sometimes less showy, but has a lot more complex rhythms and dance patterns.”

Val might have expressed a bit of tough love during rehearsals to but to see Danica execute this dance left judges proud and optimistic for their performances to come.

Some light criticism from the judges, Bruno Tonioli said, “You’re line a grogeous little jungle cat – beautiful to look at, but not quite tamed yet.” Miss Carrie Ann Inaba said “So sexy, so elegant, so grounded – every time you did the samba movements, I thought you were flawless”!

Although they didn’t top last week’s score, they did receive yet again a combined score of 24, which is something to celebrate!

Next to shake up the dance floor were Meryl and Maks with their extremely upbeat, fast-paced, and over-the-top Swing!

Heading into week two rehearsals, Meryl and Maks were excited to start working on their Swing!  While choreographing this routine Maks said, “I’m just so much bigger than Meryl, so I’m taking advantage of our size difference and throwing Meryl around a little bit”.

Meryl being extremely athletic was excited for the flips and jumps and had no objections to his plan.

“It’s fun to see how high I can go, and most often landing on my feet” Meryl said, as we saw Maks flip her over his head, and swing her around effortlessly…well maybe not ‘effortlessly’ but he sure made it look fun!

Maks ends the day by saying “I’m way too old for this…this is the most lifty routine I’ve ever done”!

When the band struck their first note, Meryl and Maks were off to the races!

All that practice proved to be worth it because the moves they pulled off were not only extremely difficult, but beautifully executed! There may have been a few stumbles here and there, but hey, it’s only week two!

Meryl certainly landed on her feet and by the dance’s end, had to literally drag Maks by his feet over to the judge’s table because she gave that old dog such a workout!

Bruno Tonioli, although thoroughly impressed, said “The level of difficulty was incredible, and overall what you did very well, you never lost the style, but you actually lost timing a couple of times – you made a couple of mistakes”.

Of course Maks’ face goes sour, but he was reassured of their great performance by his best friend Len Goodman, who said, “That swing had wings.  I’m telling you what.  Fly on girl. You’re going to be here for a while”.

With a combined score of 25, Meryl and Maks are well on their way to that Mirror Ball Trophy!

Later on, after watching a video of their performance, Maks noticed the missed timing and went on to apologize to the judges via his Instagram.

Finally, we welcomed back our show openers from last week, NeNe and Tony!

Taking a look at the rehearsal clips when Tony asked NeNe why she chose the Jive, she said, “It was my husband’s choice of dance”.

Jiving for her husband NeNe seemed to be having a difficult time getting the steps down pat. With some concentration, determination, and of course the help of her phenomenal teacher, Tony, she seemed to be ready for the competition.

Though she may have jokingly made a slight threat to divorce her husband for making her do the Jive!

In her hot pink outfit, NeNe was heating up the dance floor with Tony as she did her best to beat the Jive!

After the dance came to a close, the judges were a bit critical.

Bruno said “The Jive has to be a little but sharper; much, much, sharper on the footwork, but great entertainment”.  Carrie Ann Inaba stated, “My advice to you for the future is that you’re arms still could be bigger – stylistically they are too small for her presence”.

Seeming a little disappointed with the feedback, Tony stated, “She stood up tall and that was the best part because she showed off her legs, she showed off her posture, and she should have noticed that I guess.”  They received a score of 21 this week.

Off camera, Tony said, “I’ve been dancing for over 35 years and teaching for 25 years, and I know how the arms should be in Jive. I was standing up for NeNe because she did exactly what I told her to do and I’m proud of that.”

NeNe certainly did stand up tall, and we are all excited to see them continue in the competition next week.

MEMORABLE QUOTES OF THE NIGHT:

“She is just the gift that keeps on giving” – Val Chmerkovskiy

“ Bring in the paramedics for Maks” – Tom Bergeron

“I don’t know I was trying to catch my breath, my liver was hurting me, so I wasn’t paying attention” – Maks Chmerkovskiy

Now, don’t forget the announcement on the rumor about switching partners! Turns out YOU, the voters, are going to be able to decide what stars you would like to see dance with what professionals. So don’t forget to vote!

Be generous though to the Triple Trouble team  – Maks, Tony, and Val! The Dance With Me Family wants to see another Mirror Ball Trophy this year!

Lastly, it was unfortunate we had to say goodbye to Diana Nyad and partner Henry Byalikov, along with Sean Avery and partner Karina Smirnoff during this double elimination. We are sad to see them go, but thankful for their contributions to this great show!

What did you guys think of the second episode of Dancing with the Stars? Do you have any predictions on who will be partnered up for the switch? Share your thoughts in the comment section below!